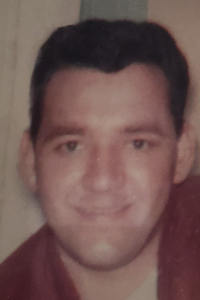 Roger Lucien Villiard, Sr., 83, of Franklin died October 5 in Milford Regional Medical Center. He was the husband of the late Arlene A. (Paulette) Villiard who died in February.

Born in Woonsocket, Rhode Island, April 15, 1939, the son of the late Gerard and Gladys (St. Amant) Villiard, Roger was raised in Woonsocket and had lived in Franklin for over 60 years.

He had been a mechanical engineer, pipe fitter and plumber at the former Framingham Union Hospital.

Roger enjoyed working on antique cars as his hobby. He was also an expert mechanic and an expert at autobody restoration.

He is survived by his children, Kathy Sloan of Franklin, Roger L. Villiard, Jr. of Holbrook and Paul Villiard of Franklin.

He is also survived by his grandchildren, Angel Sloan, Joseph Villiard, Jessica Villiard and the late Larry Sloan along with his great-grandchildren, Allexis Sloan, Jaycee Sloan, Nicholas Sloan and Skylar Sloan.

His funeral mass will be celebrated on Thursday, October 13 in St. Mary’s Church at 11:00. Burial will be in St. Jean-Baptiste Cemetery, Bellingham.

Visitation will be on Thursday from 9:00-10:30 a.m. in the Ginley Funeral Home of Franklin (ginleyfuneralhomes.com) 131 Main Street, Franklin.

In lieu of flowers donations may be made in his memory to Alzheimer’s Association 309 Waverley Oaks Road, Waltham, MA 02452.