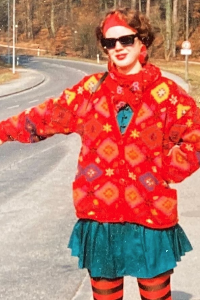 Mrs. Polly E. (Osell) Kienle, age 55, passed away at the Massachusetts General Hospital in Boston on Saturday, October 1, 2022. She was the beloved wife of Peter M. Kienle.

Born in Boston on February 9, 1967, she was the beloved daughter of Janet (Haase) Osell of Conway and the late Roger Osell.

Polly was employed as a Historian for the National Park Service in Boston for many years. She had earned three Master’s Degree’s in History, English and German from the University of Konstanz in Baden-Wurttemberg, Germany. In her spare time, she enjoyed reading, all athletics and her work. In college, Polly played field hockey and lo playing squash and being outside in nature. She will be dearly missed.

Besides her beloved husband, Peter and mother, Janet, she is survived by her loving children; Marco M. Kienle of Medford and Rachel M. Kienle of Brookline and brother and sister-in-law; William and his wife Betsy Osell of Conway.