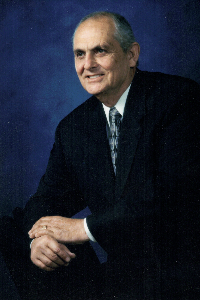 True to his Italian heritage, Warner Paul Feduccia Younis passed from this life on September 24, 2022 with the same tenacity that he exhibited throughout his life of 87 years. Despite health problems during the last 5 years, Warner never gave up, never complained and always pushed to participate in life -- traits he honed well from a young age.
Warner was born in Auburn, New York, a small town near the Finger Lakes. “Feduch” was raised in a poor but joyous, hard-working Italian-speaking immigrant family. Warner was adopted by his mother’s (Ida Colangelo) then husband, Edward Younis, when he was 10, only to lose his beloved father in a tragic drowning accident just 2 years later.
Eager to start anew, his mother moved her little family to East Los Angeles via train when Warner was 12 where he completed his education. A professional civil engineer by trade, Warner worked for the cities of Seattle, Fountain Valley and San Clemente before leaving public sector to work for Psomas and Associates, Hall and Foreman (now David Evans) and his own company, Western Pacific Engineering (Wespac). In addition to his “day job”, Warner checked civil plans for many cities and public agencies in the Los Angeles metroplex for over 30 years as a contractor to his long-time friend, Jose Melad (Melad and Associates). Although Warner loved being an engineer and a private pilot, it was his passion for scuba diving that made him known to many in Orange County. He was a proud Los Angeles County-certified and NAUI Scuba instructor. During his 17-year tenure as an Instructor, Warner certified hundreds of eager diving students through the City of Fountain Valley Recreation Department.
Warner was pre-deceased by his parents, older brothers and sisters, aunts and uncles, all of New York. He leaves behind his wife of 43 years, Patricia; his son, Marcus Younis (Celine) of Singapore; daughter Laurie Younis (Bismarck, North Dakota); stepson Christopher Schwartz (Lois) of San Clemente; stepson Michael Schwartz (Linda) of San Juan Capistrano., Warner also leaves his younger brother, Edward (Gean) Younis and sister, Karlene Manos. His grandchildren are Daniel (Liz) Mah; Leah (Xavier) Mah-Belrose; Trenton Schwartz; Anna Schwartz; Andrew Schwartz; Ronan Schwartz. In addition, he leaves great grandchildren, Josie and Wilder, his first wife, Joan Adair, and many nieces and nephews.
Services of Christian Burial are at Santa Clara Catholic Church in Oxnard, CA; Burial is at Ascension Cemetery in Lake Forest, CA.