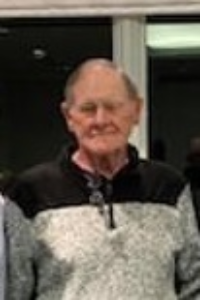 Danny was born June 23, 1943, in Jamestown, Tennessee, the son of Otha Allen and Dorothy “Memaw” (Slaven) Zachary. He worked in production at Delco Remy for 41 years before retiring in 2001. He was a lifetime hunter, avid fisherman, loved going to the casino, and his passion was playing basketball, watching his children play basketball, and cheering on his grandchildren. His happy place was quality time with his family and friends at his cabin.
He married the love of his life, Mary Jane (Zirkelback) Zachary on May 15, 1963. They were together for 41 years until her death in 2003.

He was preceded in death by his parents, his wife, three brothers, son-in-law, and one great grandchild.

Visitation will be Thursday, October 6, 2022 from 4 until 7 p.m. and Friday from noon until the service at 2 p.m. both at Rozelle-Johnson Funeral Service. Burial will be in Anderson Memorial Park Cemetery.

Memorial contributions may be given to American Heart Association.