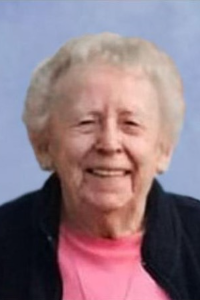 TEWKSBURY: Beverly A. (Gustafson) Smith, age 92, a longtime Tewksbury resident, passed away at the Blaire House of Tewksbury on Friday, September 30, 2022.

Born in Brattleboro, Vermont on April 5, 1930, she was the daughter of the late Theodore and Ruth A. (Hammarlund) Gustafson.

Beverly was raised in Brattleboro, VT. She attended local schools, the Kurn Hattin Homes for Girls in Saxton River, VT., and graduated from Brattleboro High School class of 1948.


Prior to retiring, Beverly was employed by the Raytheon Corporation in South Lowell and as a receptionist for the H.R.I. Medical Group in Lowell until her retirement.

Beverly was a devoted mother of four boys. In her spare time, she enjoyed reading, puzzles, traveling with her sister Marilyn, as well as visiting family and friends.

Family and friends will be received Saturday, October 8th, from 10 a.m. to 12 p.m. at the Farmer & Dee Funeral Home, 16 Lee St., Tewksbury, followed by a graveside service with interment of her ashes at Tewksbury Cemetery. In lieu of flowers, donations in her memory may be made to Tewksbury Community Pantry, 999 Whipple Road, Tewksbury, MA 01876.