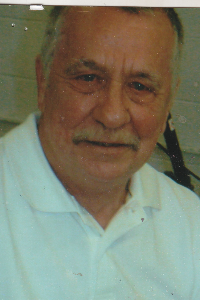 Richard was born on January 5, 1949, in Anderson to Jack and Betty Clevenger.

Richard loved music. He was an avid musician and played with the Orange Blossom Ramblers. He cut a couple of records and played in Nashville. He performed with some professional country artists. Richard also worked for the City of Anderson. He enjoyed Colt's football, NASCAR racing and Pacer's basketball.

He was preceded in death by his mother, Betty Clevenger and father, Jack Clevenger.

Richard will be remembered for his music and fiery spirit.

Visitation will be Saturday, October 8 from 10 until the service at 11 a.m. at Rozelle-Johnson Funeral Service with Chaplain Phil Rogers of Heart to Heart Hospice officiating. Burial will follow at Anderson Memorial Park Cemetery.