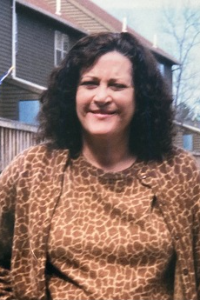 
TEWKSBURY: Diane M. (Harris) Mistretta, age 68, a resident of Tewksbury for 31 years, passed away peacefully surrounded by her children on Friday, September 30, 2022.

Born in Malden on December 24, 1953, she was the daughter of the late George R. Harris and the late Annie (Peluso) Harris.

In earlier years, she worked as an administrative assistant at the Massachusetts Department of Public Works, where she met her loving husband, Chuck.

She enjoyed cooking, reading, watching movies and spending time with her family and cats. She especially enjoyed ordering takeout with her family on Friday nights. She was also an avid shopper and enjoyed it with her mother, sister, and daughter.

Calling hours are Thursday, October 6th, from 5-7 p.m. at the Farmer & Dee Funeral Home, 16 Lee Street, Tewksbury. A graveside service will be held Friday, October 7th, at 1:30 p.m. at the Oak Grove Cemetery, 230 Playstead Rd., Medford. Please meet at cemetery by 1:15 p.m. In lieu of flowers, donations honoring her memory may be made to the Michael J. Fox Foundation for Parkinson’s Research, at www.michaeljfox.org or by mail to:
Donation Processing
The Michael J. Fox Foundation
P.O. Box 5014
Hagerstown, MD 21741-5014