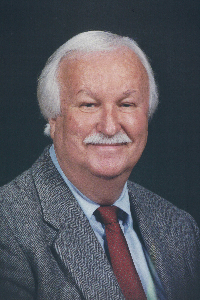 Worcester – James J. Grady Sr., 90, of Worcester, passed away peacefully on Saturday, October 1, 2022, in the Beaumont Nursing and Rehabilitation Center in Northborough.
Jim was married for 61 years to the late Pauline M. (Robillard) Grady who died in 2018. He is survived by his five children, James J. Grady Jr. of Worcester, Robert F. Grady and his wife Gina of Rhode Island, Tracy A. Houston and her husband Paul of Auburn, John K. Grady and his wife Melody of Auburn and Michael P. Grady and his wife Jacqueline of Worcester; 9 grandchildren; 5 great grandchildren; 2 brothers, Robert H. Grady and his wife Maureen of Auburn and John Grady of Worcester, and many nieces and nephews.
He was born in Worcester, son of the late James J. Grady and Irene E. (Larivee) Grady and is also predeceased by 9 siblings. Ernestine Grady, Ruth Monahan, Cleo Grady, Gloria D’Ascanio, Patricia Therrien, Gertrude Domiano, Esther Chapman, Michael Grady, and George Lavallee. Jim attended Holy Name Grammar School and Saint Peter’s High School in Worcester. He enlisted in the United States Air Force and served from 1952 to 1956 returning home to “Main-South” Worcester to marry the love of his life, Pauline.
He went to work for Heald Machine Company retiring as Receiving Supervisor in 1992 after 35 years of service. While there, he played and managed the softball and basketball teams for the company in the Industrial League.
In retirement Jim volunteered to drive cancer patients to and from their treatments receiving an award after 15years. He also loved playing cards whether gin rummy with Pauline or poker with his many friends. He was a lifelong member of Saint Peter’s Church and The Knights of Columbus Alhambra Council #88. A great sports fan, he was particularly dedicated to the Holy Cross football and basketball teams where he was a season ticket holder for many years, including traveling to away games with friends.
Most of all, family was Jim’s pride and joy. He was the patriarch of the Grady’s for 75 years where he was a larger-than-life presence for his sisters and brothers after his dad’s premature passing. Jim enjoyed his time with the entire clan, whether vacationing in Camp Ellis Maine, family Christmas parties, cookouts in the backyard or spoiling his grandchildren.
To know Jim was to love him and he will be sorely missed.
The family would like to thank the entire staff of the Thornton neighborhood and the hospice team of Beaumont Nursing and Rehabilitation Center in Northborough.
The funeral will be held on Friday, October 7 from the Alfred Roy & Sons Funeral Home with a Mass at 10AM in Saint Peter’s Church 929 Main St. Burial will follow in Worcester County Memorial Park, Paxton. Calling hours will be held on Thursday, October 6 from 5 to 8 PM in the funeral home. Memorial contributions in memory of Jim may be made to St. Peter’s Church through the “St. Vincent DePaul Society” 929 Main St. Worcester, MA 01610.
To share a memory of Jim, sign the online guestbook, or for directions, please visit www.Royfuneral.com