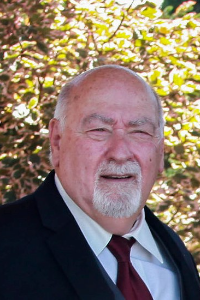 Anthony Joseph Gasbarro at age 70 passed away after a brief battle with an aggressive form of lung cancer on September 26, 2022.

Tony was born on July 24, 1952 in Medford, Massachusetts to Jesse Gasbarro and Adeline (Moschella) Gasbarro. He attended Medford High School and furthered his education at Lowell University, earning an associate's degree in computer science. He pursued his career working at Hewlett-Packard where he met the love of his life Mary (Esemplare) Gasbarro. They were married on February 16, 1991 skiing down the slopes of Vail, CO. They moved to Colorado where Tony worked for several corporations as an IT Operations Manager until he retired in 2021.

A beloved husband, father, grandfather, brother, uncle, and friend, Tony was happiest when surrounded by his family. Tony is survived by his wife Mary, his children: Amanda Gasbarro, Justina Sherman, Jesse Gasbarro, Anthony Gasbarro, and Jenna Gasbarro; his grandchildren: Kaylie Gasbarro and Ritchie Gasbarro; and his brothers: Jesse Gasbarro and Joseph Gasbarro. He is preceded in death by his parents and brother Richard Gasbarro of Medford, MA. His children will remember him by being supportive, reliable, and caring. He was very involved in each of his children's lives.

Along with spending time with family, these are a few of his favorite things: cheering on the Patriots and Red Sox, taking the family RV on camping trips, being out on the Cherry Creek lake boating and jet skiing, playing cribbage, watching movies, and listening to oldies music very loudly.

Tony loved people: family, extended family, grandchildren, and friends. He made people feel right at home and was always willing to help. We were richly blessed with family dinners where the main ingredients were storytelling, laughter and fun—many of which are worthy for later smiles and laughs! Holiday traditions were also very special to Tony and the Gasbarro family and these memories will be cherished forever. He will always remain a loving father, as family was priceless to him.