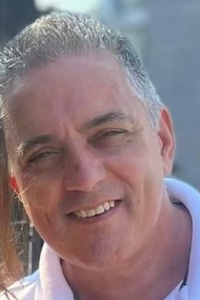 Jack was fortunate enough to have the love of The Carney Family- James, Robert & Christine. Devoted friend of Thomas Fitzpatrick. To Know Jackie was to love him.

To all friends & family the wake will be held at Capers funeral home in South Boston on Wednesday, October 5th from 4-8 p.m. A mass will be held the following morning at Saint Monicas at 10 a.m. Followed by a burial at New Calvary Cemetery.