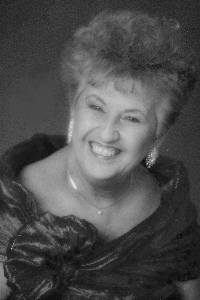 Muriel M. (Morrison) Reed, age 93, died September 29, 2022 at St. Joseph Manor in Brockton where she had been a resident for the past two years. She was the devoted wife of Gordon P. Reed for 68 years. Born and raised in Brockton and later residing in Bridgewater, Muriel was the daughter of the late Harold and Lillian (Riberdy) Morrison.

A 1947 graduate of Brockton High School, Muriel was a homemaker in the early years of her marriage and then became a teacher’s aide for the city of Brockton; she retired from that position. Muriel enjoyed traveling with her husband, reading, doing crossword puzzles, watching sports events and being at her summer home in Plymouth.

Muriel is survived by her husband Gordon, her son Paul and his wife Anne of West Wareham, a granddaughter Shana B. Miller and her husband Jeremy of Dighton and two great granddaughters Hailey and Olivia, also of Dighton. In addition, she leaves four sisters in law: Jean Morrison of Taunton, Diana Morrison of FL, Maddie Reed of Plympton and Fran Reed of MD. Muriel was predeceased by her brothers Gerald Morrison, Richard Morrison and Harold Morrison and her sister in law Jeanne (Cormier) Morrison. She also leaves several nieces and nephews.

Visiting hours will be held in the Conley Funeral Home, 138 Belmont Street, Brockton on Tuesday, October 4 from 5-8 p.m. A funeral service will be held in the funeral home on Wednesday, October 5, at 10:30 a.m. Burial will follow in Melrose Cemetery. In lieu of flowers, donations may be made in Muriel’s name to The Alzheimer’s Association, 225 N. Michigan Ave. Floor 17 Chicago, IL 60601.