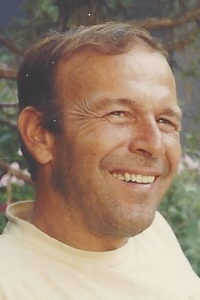 Walter grew up in the Dorchester neighborhood of Boston. His family later moved to Mansfield and he was a graduate of Mansfield High School. During the time of the Vietnam War, Walter proudly served his country as a member of the United States Navy.

Prior to retiring, Walter worked for many years as a driller for the GZA Drilling Company. He especially enjoyed spending time with his family and had a special place in his heart for animals and nature. Walter was also a talented mechanic and enjoyed restoring cars.

He was the devoted brother of Janet DeMarco of Randolph, Matthew J. Souza of Plymouth, Carolyn Murphy of North Dighton, Tony Souza and his wife Dorothy of Mansfield, David J. Souza, Sr. and his wife Paula of Mansfield, Karen Figaretto of Attleboro and the late William J. Souza. He is also survived by his many loving nieces and nephews.

His Funeral Mass, to which relatives and friends are cordially invited to attend, will be celebrated on Tuesday, October 11th at 11:00 A.M. in Saint Mary’s Church, 330 Pratt Street (Route 106) Mansfield. Burial with military honors will follow at the Spring Brook Cemetery in Mansfield.