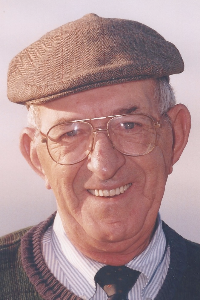 Dr. Richard J. Sheehan passed away on September 30, 2022 at the age of 91 with his loving family by his side. He was born in East Boston, Massachusetts, the fourth of eight children of the late Daniel H. Sheehan and the late Mary Alicia (Powers) Sheehan. Life was not easy in the thirties and forties for a large family. From a young age, “Dick” started earning money to help out. Before finishing Sacred Heart Grammar School, he had found a job at Suffolk Downs Racetrack in the early mornings “walking hots” (cooling out the thoroughbreds). By high school, he was hooked on working with horses. He quit school to travel with the horses to other tracks year-round. Tom Barry, a good horseman and trainer, took him under his wing. He worked long hours, but he too became a horseman.


The Korean War interrupted his quest to become a trainer. He was drafted and sent to basic training. He declined a chance to go to officer’s training and was immediately sent to endure some of the worst fighting of that war. When finally discharged as a Sergeant in 1954, he headed straight back to the racetrack where he got a job grooming with Lyle Whiting.


The GI bill enabled him to consider a career as a veterinarian, a profession his time at the racetrack made him admire. He received his high school equivalency, spent a year at Newman Prep making up for high school courses not taken, took the Veterans Entrance Exam, and was accepted to the Pre-Veterinary program at the University of Massachusetts in Amherst. During this time, he renewed his friendship with Jane Russo, a girl he had met five years previously, when catching her runaway horse-driven sleigh. They were married in 1956 and honeymooned in Lexington, Kentucky visiting thoroughbred breeding farms. They moved to Amherst, Mass to start a few joint tasks including reaching the goal of becoming Richard Sheehan D.V.M. The family began there as Betsy, Mimi, and Richard Jr. arrived one year after the other. Acceptance to veterinary school at Cornell University meant a move to Ithaca, New York where Carolyn was born.


Finally, in 1963, “ Dick” became “Doc.” and it was back to the racetracks of New England. In 1965, Diana was born, and they were fortunate to find a farm in Mansfield, an ideal location for raising a family and commuting to the New England racetracks. Dick’s extensive experience handling horses and his reputation for thorough, equine-centered care, allowed his practice to grow and prosper. In addition to his extensive racetrack practice, he added early evening clinics at his farm, allowing him to take referrals from individual horse owners throughout the area. He was particularly sought out for his expertise in lameness. When time permitted, he also consulted with thoroughbred owners throughout the country.


Though working seven days a week until he was 70, he supported causes and activities most dear to him. A lover of reading, he was president of the Board of Trustees of the Mansfield Library, raising funds for restoration and improvements. He helped to establish an equitable salary for the sole librarian at that time. He gave generously to many organizations including the Natural Resources Trust of Mansfield.


Professionally, he was active with the Massachusetts Veterinary Medical Association, serving as President in 1980. He was an honor roll member and received the Paul Revere Award for Excellence in Thoroughbred Racing. In 1986, he won their Distinguished Service Award, awarded annually to a member known for their accomplishments to the profession and the association and who has made an outstanding contribution to the service of humankind.


He served on several committees of the American Association of Equine Practitioners and proudly served as President in 1987. He also served on the Council of Education for the American Veterinary Medical Association, which is responsible for the accreditation of North American veterinary colleges. In 1997, he was the recipient of the New England Turfwriters Sam McKraken award which recognized his lifetime contributions to New England racing. He received commendation from the ASPCA and was the Veterinary Chairman for the Morris Animal Foundation. He received the Governor’s Special Commendation for work on the Advisory Board of the Massachusetts Horse Racing Commission.


In the 1970s, New England was in dire need of additional veterinary hospitals and a veterinary college. Doc served on a committee whose work resulted in the establishment by Tufts University of the Cummings School of Veterinary Medicine. One of his favorite projects during retirement, had been assisting with the New England Veterinary Scholarship Trust which raises funds to defer costs for students attending vet school. He also funded an endowed award (Richard J Sheehan Award) for a Tufts graduate showing proficiency in equine medicine and surgery as well as establishing a fund for the Equine library.

In recent years, because of multiple health issues, Doc has depended on a wheelchair, so the Village at Willow Crossings (just one mile from his farm) has been his home. His family wants to thank the entire staff for their kindness and care.

His Funeral Mass will be celebrated on Wednesday, October 5th at 11:00 A.M. in Saint Mary’s Church, 330 Pratt Street (Route 106) Mansfield. Burial with military honors will follow at Saint Mary’s Cemetery in Mansfield.