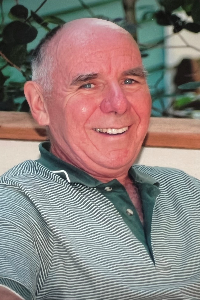 Richard Arthur Garceau, 85, of Conway, SC, passed away peacefully at his home surrounded by his loving family on Thursday, September 22, 2022. Born in Webster, MA on February 27, 1937, he was the son of the late Harry and Alma Garceau. He resided in Webster, Worcester and Westport, MA and for the last seven years in Conway, SC.

Richard leaves behind his wife Jeannette Garceau, his son Gary Garceau of Ft. Lauderdale, FL and his daughter Nancy Carroll, wife of John Carroll, of Osterville, MA, a grandson Sean Carroll of Boston, MA and a granddaughter, Laura Carroll, of Osterville, MA. He also leaves behind a brother Ronald Garceau, and sisters, Connie Wasielewski, Elaine Timilty, Janice Ramsey and Terry Piehl, all of Massachusetts and several nieces and nephews.

He graduated from Putnam Technical High School in 1955. He enlisted in the US Navy in 1955 and served honorably until 1959. He married his wife Jeannette in May 1960 and they had 62 very happy years together. Richard was a tool and die maker and started his own business in 1975 called Eureka Engineering.

He was a loving, kind and caring man very devoted to his family. He was member of St. John the Baptist Church in Westport, MA where he served as a Eucharistic Minister. He enjoyed being with his friends, playing golf and was a member of the Rochester, MA golf league.

In lieu of flowers, a donation may be made in Richard’s name to:
St. John’s Honduran Mission Team
c/o Claire Sullivan
Box N 659
Westport, MA 02790