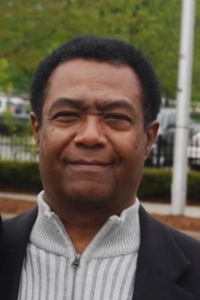 Jean Antoine Joas, 63, of Malden, MA passed away surrounded by loved ones on September 25, 2022. Jean Antoine was born on November 17, 1958 to Antoine and Azelimene Valcy in Petite Riviere, Haiti. He was one of eight children. He worked as an engineer at Electricity D' Haiti (EDH) as a Director in Construction and Fraud. In 1994. Jean Antoine Joas moved to Boston where he continued his studies at Bunker Hill Community College in Computer Networks. He was also a certified tax preparer and accountant at Affordable Business Services (ABS) where he served many loyal clients.

Jean Antoine was a force of nature - strong, intelligent, loving, and determined to provide for his family who meant the world to him. Jean Antoine was a devout Catholic, a fervent servant of the Lord and a member at multiple churches.