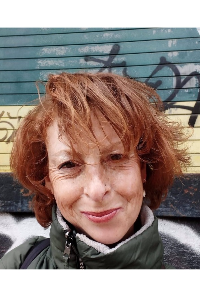 Leigh Ann Ghiradelli, a resident of Belmont and formerly of Somerville, entered into eternal life suddenly on Friday, September 23, 2022 at Mt. Auburn Hospital in Cambridge. She was 48 years of age.

Leigh was born in Boston on April 9, 1974, a daughter of the late Louis A. Ghiradelli and Shirley A. (Dolan) Ghiradelli. She grew up in Somerville where she attended Saint Clement Parochial School and graduated from Saint Clement High School in 1991. Leigh then went on to receive an Associates Degree from Bunker Hill Community College in 1993. She enjoyed crafts, playing cards, trivia games, and dog walking.

Leigh is the devoted daughter of the late Louis A. Ghiradelli and Shirley A. (Dolan) Ghiradelli. She is the beloved sister of Debra Juliano and her husband John, and Lynn Reardon and her husband Edward. She is the loving aunt of Richie, E.J., Scott, Taylor, the late Dawn, and to her great-nieces and great-nephews Caeden, Rylee, Isabella, Brady, Emma, Charli, Patrick, and Braydyn.

Leigh's funeral services and burial will be private.