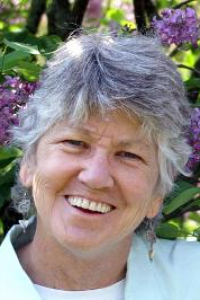 Colleen Mary Macdonald, 72, of Canton, Massachusetts, passed away on September 23, 2022, at Lahey Hospital and Medical Center in Burlington, Massachusetts.
She was born on December 18, 1949, to Marjorie E. and Thomas H. Macdonald in Hartford, Connecticut, the third of eight children.
The family settled in Massachusetts, and Colleen attended Saint John’s School in Canton, Saint Clare’s High School in Roslindale, Boston State College, and Boston Architectural College. She had a long career in kitchen design.
Colleen was crowned “Miss Canton” in high school, but she was most comfortable out of the spotlight, and always the first to lend a hand when needed. She was an avid photographer, with a knack for capturing candid moments at family gatherings, and portraits of the birds that frequented her feeder.
Colleen loved all animals, including many an unfriendly cat, and kept tabs on websites like Mary’s Dogs Rescue and Adoption in hopes of matchmaking pooches and people.
Colleen was proud to be sober for 41 years. She was grateful for life’s small pleasures: fresh peaches from Idylwilde Farm, the antics of small children, thought-provoking books, and folk music. She was known for her coleslaw, croutons, and risotto. Colleen had a quiet, wry sense of humor, and laughed in peals — a sound that will be notably absent at family gatherings.
Colleen will be dearly missed by her sister Mariann of Canton; her brother Thomas of Canton; her brother Kevin and his wife Katherine of Wellesley; her brother Alan and his wife Elizabeth of Westwood; her brother Jim of Sudbury; her brother Mark and his wife Kelly of Westwood; her nieces and nephews Brian, Bridget, Hugh, Adrian, Sophie, Lochlainn, Benjamin, Maya, Lucca, and Phoebe; and her great nieces and nephews Hazel, Felix, Kerin, and Oakes.
She is predeceased by her parents Thomas and Marjorie, her brother Brian, and her sister-in-law Deborah Teplow.
Visitation will be Friday, September 30, from 4:00 to 8:00 p.m. at Dockray & Thomas Funeral Home, 455 Washington Street, Canton, Massachusetts, 02021.
A funeral mass will be held on Saturday, October 1, at 10:00 a.m. at Saint Oscar Romero Church (formerly St. John’s Church), 700 Washington Street, Canton, Massachusetts, 02021. A burial service will follow the mass immediately at Canton Corner Cemetery.
In lieu of flowers, donations may be made to the Joslin Diabetes Center, https://www.joslin.org/