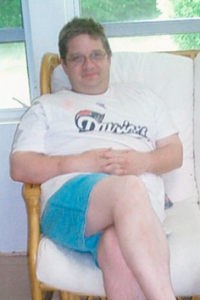 
Passed away at home on August 28, 2022. Gregg was born in Springfield, MA on December 14, 1962 to Henry and Carolyn Crossman Jr. He was predeceased by his father. Gregg leaves a son and daughter, Daniel and Allyson, his mother Carol and three brothers Kenneth, Toby, and Eric.

Gregg was raised in Wilbraham, ma. He attended public schools and was a graduate of Minnechaug Regional High School. Gregg was a member of boy scout troop 177 and attained the rank of Eagle scout and Order of the Arrow. Gregg further his education attending the Culinary Institute of America, Hyde Park, New York. Receiving an associates in occupational studies (culinary arts). He attended The University of UMASS (Amherst) and graduated with a bachelors of science. He attended The National Center for Paralegal training at Roosevelt University, Chicago, IL. As an accomplished chef and a star pastry chef, his career took him from the midwest, to california, Massachusetts, Florida, and the Bahamas. He was concierge and event manager at the Hilton of Chicago until he came to reside at Cape Cod to care for his parents. His meals never had to be seasoned by family, friends, or customers. He once cooked a Korean 12 course meal for New Years Eve when he lived in Boston. Gregg loved computers and gadgets, the outdoors, and music. His love was his German Shepard, Liesel raising her from a puppy. She was a pure bred from German lineage and she really refocused his energies in himself while raising her.

Gregg shall be sorely missed by his family and friends for his humor, humility, and his generous and giving nature.