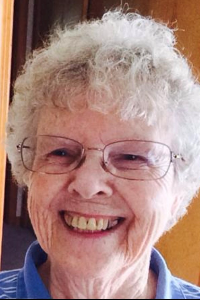 Barbara A. (Powers) Fazzina, 83, of Westport, passed away on Saturday, September 24, 2022 at Clifton Rehabilitative Nursing Center. She was the wife of the late John A. Fazzina.

Mrs. Fazzina was born in Medford, MA daughter of the late Charles J. and Alice M. (Green) Powers and had been a longtime resident of Westport. She was an active communicant of St. John the Baptist Church, Westport where she served as a Eucharistic Minister and was a member of the Women's Guild.

Survivors include her son: Paul J. Fazzina and his wife Gail of FL; her 2 daughters: Karen L. Fazzina of CA and Nancy J. Fazzina of NC; 5 grandchildren: Michael and his wife Jacqui, Kevin, Ronan, Fiona and Kean; her two devoted friends: Sue Raposa and Cindy Reynolds, as well as many nieces, nephews and friends.

She was the sister of the late Charles Powers, Robert Powers, William Powers and Margaret Cagnina.

Memorial Mass of Christian Burial to which relatives and friends are invited will be Thursday, October 6, 2022 at St. John the Baptist Church, Westport at 11:00 A.M.

Memorial calling hours will be Wednesday, October 5, 2022 at the Potter Funeral Home from 4-7 P.M.