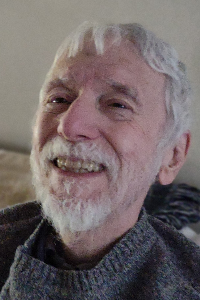 Ernest Joseph Pineault, 80, of Franklin died September 25 in Sturdy Memorial Hospital in Attleboro following a long illness. He was the husband of Lydia L. (Austin) Pineault for the past 50 years.

Born in Fall River, December 27, 1941, the son of the late Leo A. and Germaine (Aubin) Pineault, Mr. Pineault was raised and lived in Swansea before moving to Connecticut where he lived prior to coming to Franklin 40 years ago.

He was a graduate of Bristol Community College with a B.S. in Electrical Engineering.

Ernest had worked for the Motorola Company for several years before retiring. He had previously worked for the Raytheon Corporation the Laboratory for Electronics.

Ernest was a talented musician, playing the drums. He also enjoyed playing golf and photography.

Mr. Pineault served in the Navy during the late 1950’s, attaining the rank of Musician Third Grade.

In addition to his wife, he is survived by his sister Ann Marie Keshura and her husband Michael of Swansea.

A celebration of life will be held on Saturday, October 15 from 2- 4 p.m. the Ginley Funeral Home of Franklin (www.ginleyfuneralhomes.com) 131 Main Street, Franklin.

In lieu of flowers donations may be made in his memory to St. Jude Children’s Research Hospital, 501 St. Jude Place, Memphis, TN 38105