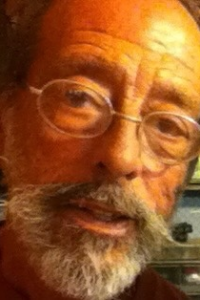 
New Bedford - Russell Edmund of House Costa, first of his name, protector of our realm, master of the handlebar mustache, minder of German Shepherds, purveyor of custom fishing rods, collector of coins, watches and weapons, and brewer of the famous family punch, passed away peacefully at home on September 21, 2022. He was 77 years old.

How to sum up a person, a lifetime, in a few paragraphs? We can’t. He was too big for this one page. If you knew him, you probably laughed a lot – he cracked jokes right until the end. He always had an open door and a cold beer ready for family, friends and neighbors, and he loved a full house.

He really loved being outdoors. He lived to hunt and fish with his friends, and he was great at both. In our opinion, he perfected the following dishes: apple pie, caçoila, chouriço pie, favas, kale soup, and stuffed mushroom caps. He rocked his cowboy hats and boots in every season, and for all occasions. He was a whiz at crosswords and word jumbles. He had a green thumb like no other. He was super athletic, a talent inherited by most of his kids and grandkids (it’s rumored that a pro baseball team actually tried to call him up while he was already serving in the Army). He was brilliant when it came to building contraptions and solutions to make everyday tasks easier. He was a meticulous note taker and accountant for all things. He spent most of his life working in one place before retirement, Polaroid, before turning his rod-wrapping hobby into a successful business, Costa’s Custom Rods. He was the originator of so many family traditions - ones that we promise to continue.

He loved and respected his parents, the late Manuel and Olivia Costa. He named his boat “Maru2” from the letters of his and his dad’s name. He proudly lived in and cared for the house they bought almost 100 years ago. Russ and his wife, Patricia Costa, loved to explore yard sales for antiques, and the house was brimming with their uniquely curated collection of finds. Patty was the love of his life, and he was never really the same after she passed in 2019.

He is survived by his shepherds Nora Costa and Winston Costa, his poodle Mitzy and cat Lucy - four of the most loved animals to bark and purr on this earth. There are so many animals that benefited from his love and care across decades, including dogs, cats, parrots, and even an injured owl for a short time many years ago. We won’t name them all here, but we can’t accurately paint a picture of who Russ was without talking about his animals first. Nora and Winston were by his side until the very end.

He is also survived by his sister Natalie Dias of Dartmouth and nephew Kyle Medeiros (Tiverton). He was pre-deceased by his daughter, Justine (Missy) Tetreault.

We know you might want to send flowers, and we appreciate the sentiment. Instead, would you consider making a donation to an animal shelter? He would have loved that. He would also tell you to use that money to buy a few drinks and spend some valuable and precious time with the people you love, and who love you. We all agree.

We love you, DOFD.