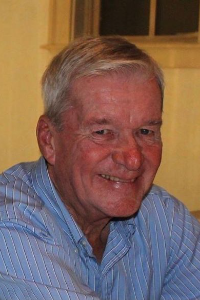 David L. O’Brien Jr. of Winthrop passed away, surrounded by his loving family, on September 22, 2022. He was 79 years old. David was the beloved husband of 54 years to Paulette A. (Sirois) O’Brien. Born in Winthrop, David was the cherished son of the late Margaret (Hynes) and David L. O’Brien Sr.

David graduated from Winthrop High School, Class of 1961. He served in the U.S. Air Force from 1962-1966. David worked at Verizon for 42 years and retired as a manager. David was a life member and past Commodore of the Cottage Park Yacht Club, past Grand Knight of the Knights of Columbus-Winthrop Council #162 and a life member of the Winthrop Lodge of Elks #1078. David enjoyed boating throughout his life and his many vacations in Aruba and Maine.

Funeral from the Maurice W. Kirby Funeral Home 210 Winthrop St. Winthrop on Saturday, October 1, at 9AM, followed by a funeral Mass in St. Michael’s Parish - 320 Winthrop St, Winthrop, MA at 10AM. Relatives and friends are invited. Interment will be in Winthrop Cemetery (Belle Isle Section). Visiting hours will be held on Friday from 4-8PM. In lieu of flowers, donations in his name can be made to the Alzheimer’s Assn. 309 Waverley Oaks Rd, Waltham, MA. 02452 or to a charity of your choice.