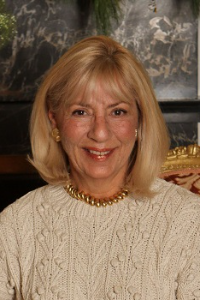 She was the beloved wife of Richard A. Barrelle who passed away in 2002.

She was born in Lowell on November 30th, 1948, the daughter of the late Charles and Helen (Chimiklis) Danas, a well-known family in Lowell and worked at the family store Danas’ Market on Bridge Street until its closing in the 70s.

Upon graduating from Lowell High School, Ginny went on to become a medical technologist at St. John’s Hospital. She worked at Tewksbury Hospital for nearly 20 years before earning her Masters of Education and later retiring from Middlesex Community College.

There was nothing more that Ginny loved than spending time with her family and friends. She was an avid reader, enjoyed going out dancing, going to lunch with the girls, day trips to the beach, vacations to Lake Winnipesaukee and Cape Cod, and attending concerts, movies and the theater. She also enjoyed spending time with her dog Jack.

She is survived by her daughter Jennifer Barrelle, her step son Matthew Silva and his wife Courtney, grandchildren Alexis and Carter Silva; her sister in law Christine Danas; nieces and nephews Richard Alexander and his wife Deborah, Peter Longtin and his wife Genevieve, Renee Longtin, Charles Danas and his wife Corliss, Kristen (Danas) Carty and her husband Kevin; and Nicholas and Alexander Danas; Peter Riddle, Matthew and Desiree Riddle, Mark and Sheila Riddle, John and Cindy Riddle and Missy (Riddle) Dunn and her husband Chris; and many great nieces and nephews.

Besides her husband, she was predeceased by her siblings Dorothea (Danas) Alexander, George Danas, Barbara (Danas) Longtin, Peter Danas and her sister-in-law, Eleanor (Barrelle) Riddle.
The family would like to thank the staff at D’Youville Manor Center for Advance Therapy for their kindness.

In lieu of flowers, please consider a donation in Ginny’s memory to Massachusetts General Hospital Fund of Liver Research online at giving.massgeneral.org. Or checks made payable to Massachusetts General Hospital can be mailed to: Fund for Liver Research in memory of Virginia Barrelle c/o MGH Development Office, 125 Nashua Street, Suite 540, Boston, MA 02114-1101