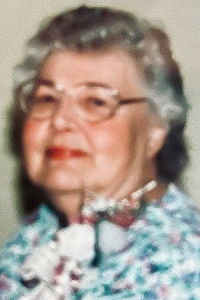 
TEWKSBURY: Dorothy P. (Skamarycz) Gerrard, R.N., age 96, a resident of Tewksbury for 59 years, formerly of Gardner, a longtime member of the First Baptist Church of Tewksbury, passed away at the Blaire House of Tewksbury on Friday, September 16, 2022.

Born in Gardner on June 18, 1926, she was the daughter of the late Wincenti J. Skamarycz and the late Josephine M. (Plona) Skamarycz.

Dorothy was raised in Gardner, attended Gardner schools, and graduated from Gardner High School.
Following high school, she attended St. Catherine of Siena Hospital School of Nursing in New York, where she received her degree in Nursing.

Upon moving to Tewksbury in 1963, Dorothy worked as a registered nurse at many Lowell area hospitals and was the school nurse for the Town of Tewksbury for more than 20 years until her retirement.

She enjoyed exploring the country with Charles in their travel trailer, square dancing and cooking. She also relished and looked forward to spending quality time at their home in Orleans on Cape Cod.

She leaves many nieces, nephews, and extended family members.

A graveside service with interment of her ashes will be held on Thursday, September 29th at 10:30 a.m. at the Tewksbury Cemetery, 172 East Street, Tewksbury, MA. In lieu of flowers, donations in her memory may be made to the First Baptist Church, 1500 Andover Street, Tewksbury, MA 01876.