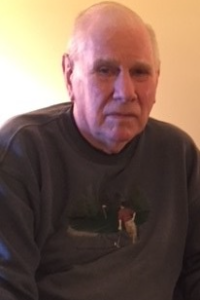 Webster
Bruce Franklin Beach 93, passed away September 19, 2022 in his home. He was born July 7, 1929 in Cincinnatus ,New York, son of the late
Clyde and Ruth (Underwood) Beach.
His first wife Betty (Petersen) Beach died in 1990 his second wife Polly (Hogg) Beach died in 2020.
He leaves his son: Bruce F. Beach, Jr. and his wife Stasia of Webster, MA. he was also predeceased by a son Gary S. Beach in 2014, he also leaves brothers Clyde, Frank, and John and sisters Rita and Joan, 2 grand-daughters, Danielle Tisdell and her husband Jeff and Nicole Wesolowski and her husband Joe and 5 great grandchildren: Natalie, Weston, Quinn, Stella and Ava.
He was also predeceased by a brother Ken and sisters Barbara, Betty and Esther.
Mr. Beach of a veteran of the Korean War and served as a Sgt. in the U. S. Marine Corps. He then worked for 25 years at Worcester Wire and National Standard and moved to Pennsylvania and spent 17 years with Mt. Joy Wire.
Funeral Services will be private, burial will be in Worcester County Memorial Park in Paxton.
The Rev. John R. White will officiate.
In lieu of flowers, memorial contributions may be made to either an Alzheimer or Dementia cause in the local area.
The ROBERT J.MILLER FUNERAL HOME and LAKE CHAPEL, 366 School St., Webster is assisting the family with arrangements.