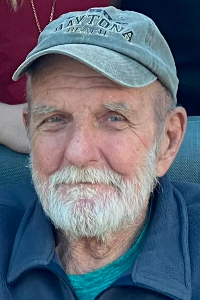 James P. Dailey, Jr., 73, ,of South Daytona Florida, formerly of Franklin and Bellingham died September 22 in South Daytona. He was the husband of the late Irene H. (Impey) Dailey who died in 2006.

Born in Norwood, March 21, 1949, the son of the late James P. and Margaret Mary (McDonagh) Dailey, Mr. Dailey had lived in Franklin and then in Bellingham for many years before moving to Florida in 2006.

James was a 1967 graduate of Franklin High School.

He had been a landscaper with his own company, Kelly Green Lawncare.
James had been an avid ham radio operator.

James served in the Army during the late 1960’s until the early 1980’s, attaining the rank of Specialist 5th Grade.

He is survived by his children; James P. Dailey III of Kailua, Hawaii and his children, Cameron and Connor; Patrick M. Dailey of Bellingham and his daughter Toni; Paul Dailey of Pittsfield, Maine; Michael Dailey and his wife Heather of Harrisville, Rhode Island and their children, Mitchell and Garrett; and Kelly Smith and her husband Kevin of Bellingham and their children Justin and Paige.

He is also survived by his siblings, Margaret Hurd of Franklin, Mary Daily of Walpole, Kathleen Penque of Franklin, Patricia Ryburn of Canton and Michael Dailey of Franklin.

James is also survived by his companion Marena Papp of South Daytona, Florida.

His funeral mass will be celebrated on Thursday, September 29 in St. Mary’s Church, Franklin at 10:00. Burial will be in the parish cemetery.

Calling hours will be on Wednesday from 4-7 p.m. in the Ginley Funeral Home of Franklin (www.ginleyfuneralhomes.com) 131 Main Street. Franklin.

In lieu of flowers donations may be made in his memory to the American Cancer Society.