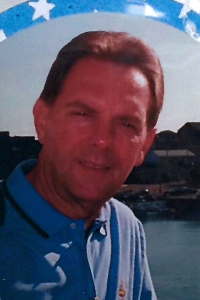 Dennis P. Mattson 79, a resident of Bellingham, passed away peacefully, Thursday September 22, 2022 at Blackstone Valley Health & Rehabilitation Center in Northbridge, following a long illness. He was the beloved husband of Patricia F. (Birtwistle) Mattson, with whom he shared 57 years of marriage.

Born May 4, 1943, in Norwood, MA, a son of the late Harold J. and Genevieve (Hundiak) Mattson, he was a resident of Bellingham for over 50 years.

He was raised and educated in Norwood and was a 1962 graduate of Norwood High School. Dennis was a retired Vice President of Savogran a solvent manufacturing company in Norwood.

Dennis was a devoted husband, father, grandfather, brother and friend who had a kind word for all. He enjoyed traveling to Ireland, summer days at Nauset Beach, hunting in Vermont and locally, and playing a round of golf at the former Bungay Brook Golf Club.

A man of great faith, he was a Eucharistic Minister and Pre-Cana Counselor along with his wife at the former Assumption Parish in Bellingham. Upon the church’s closing they joined St. Joseph Church in Woonsocket, RI.

In addition to his wife, he is survived by his children, Dennis P. Mattson, Jr. and his wife Shelley of Mendon, a daughter Christine M. Malatesta and her husband John of North Attleboro, a brother Richard E. Mattson of Walpole and a sister Janice Mattson of Foxboro.

He was the brother of the late Robert “Sonny” Mattson and Sylvia LaVorante.

A Memorial Mass at St. Joseph Church, in Woonsocket, RI is being planned and will be announced.

His interment at Scott Cemetery, Bellingham will be held privately.

Donations in his memory may be sent to the Massachusetts Commission for the Blind 600 Washington St. Boston, MA 02111 or the Perkins School for the Blind 175 North Beacon St. Watertown, MA 02472.