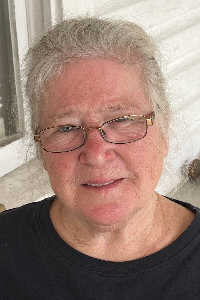 Worcester – Barbara (Gibney) Haller, 73, former Worcester City Councilor, passed away in her home on Monday, September 19, 2022, after being diagnosed with metastatic mucosal melanoma at the end of May.

Barbara was born in Schenectady, NY, on November 1, 1948. After spending time in Chicago in the Volunteers in Service to America (VISTA) program, then on a commune in Pettigrew, Arkansas, she and her then partner moved to Holland, Massachusetts with their two children in tow. There, she graduated from Worcester Polytechnic Institute, earning a Bachelors of Science degree in electrical engineering, and was one of the first female engineers to attain the rank of supervisor at National Grid, where she supervised the meter testing department. She retired in 2004 after 24 years of service.

She is survived by her two children, Charlotte Haller of Worcester and Jacob Haller of Providence, RI; Charlotte's daughters Sadie Bloom Cullon and Harriet Maria Cullon; her longtime companion, Frank A. Zitomersky, and his children Naamah Zitomersky and Sigalle Reiss, Sigalle's husband Mike Reiss, and Frank's grandchildren Elijah Zitomersky, Talia Reiss, and Nathan Reiss; her brother James J. Gibney III and his wife Gerri Gibney of Scotia, NY; her brother Michael A. Gibney and his wife Elizabeth Mertens of Chestnut Ridge, NY; her sister Patricia A. McTighe and Patricia’s husband Joseph McTighe of Germantown, MD; her cousin John Curtin and his wife Geri Curtin; her ex-partner Richard E. Haller and his wife Chris Haller; and many nieces and nephews.

Wherever Barbara landed she made connections and lifelong friends. From the extended family of Hallers and Scotts who passed through Holland, Massachusetts; to the community of Tunbridge, Vermont, where she and Frank found joy in the vegetables, farms, people, and beauty of the landscape there; to her neighbors, musicians, craftspeople, artists, and community activists who so often converged at her home on Castle St. in Worcester; to the friends of Frank's that became hers as well as they celebrated, mourned, and vacationed together in Maine or Georgia. Among them are Casey Starr, Matt Woodard and their children Olivia and Jasper; Peggy Middaugh; Joe O’Brien, Lisa Weinberg, and their children Wotatwa and Wondimu; Taylor Bearden; Ann Revicki; Maritza Cruz; Hanka Didic and Rizvan Bosnjak and their family; Helen and Michael O’Donnell and their family; Peg Haller and Bob Schneider; Robin Scott; John Scott; Zabby Scott and Michael Ince; Barb and Matt Makowski; Kate Haller; Bill Haller and Myra Boenke; Tom Haller and Marcia Eckert; Dusty Haller; Neal and Ginger Boswell; Peter Weller and Ann Nicholson-Weller; Craig Heinly; and Anna Ozer.

Among the many who knew and loved Barbara, and who she loved in return, she wanted to particularly recognize her dearest of friends Scott Hayman and Cassandra Datena and their children Madeline Hayman, and William Hayman, whom she considered to be her surrogate grandchildren. She also wanted to express gratitude to Neal "Bozzie" Boswell, Craig Heinly, and Peter Weller, whose counsels were key to her peace of mind during her illness and treatment.

She also asked that her cat Roscoe, whose mercurial temper was legendary among those who visited her and made the mistake of trying to pet him, be mentioned. She loved him dearly.

Barbara has requested that her funeral services be held privately and are under the care of Alfred Roy & Sons Funeral Home 12 Hammond St. Worcester, MA. Memorial contributions in memory of Barbara may be made to the Main South CDC, 875 Main Street Worcester, MA 01610.