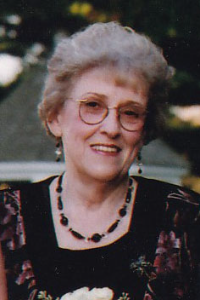 Dolores J. Jordan, 85, died Thursday, September 22, 2022, at Briarcliffe Manor, Johnston. She was the wife of Kenneth C. Jordan. They would have celebrated 63 years of marriage November 21st.

Born in Providence, she was the daughter of the late Everett and Irene (Giroux) Smith. Dolores had lived in Greenville for 52 years prior to moving to Briarcliffe in 2021.

Dolores graduated from St. Xavier’s Academy in 1954. She first worked as a secretary in the Providence Superior Court and retired from Family Court in 1988.

Dolores was a communicant of and lector at St. Philip’s Church in Greenville. Her Catholic faith was important to her beginning with her days as a young student at the former Our Lady of Lourdes and St. Xavier schools in Providence. At St. Philip’s, she could often be found making her Holy Hour at least once a week.

During her time as a high school student at St. Xavier’s, Dolores developed a passion for writing. This passion later expressed itself in the many letters that she wrote to both the Providence Journal and local newspapers, including the Observer Publications. She enjoyed writing on current topics of interest, especially politics, and was not shy about expressing her opinions.

Visitation will be held Monday morning, 8:30-10:30 am in the Anderson-Winfield Funeral Home, Rt 44 at Greenville Common, Greenville. Mass of Christian Burial at 11am in St Philip Church, 622 Putnam Avenue, Greenville. Burial will follow in Highland Memorial Park, Johnston. In lieu of flowers donations in her memory may be made to St. Jude Children's Research Hospital.