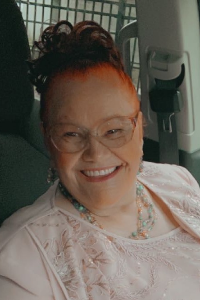 Rosaura Rivera Moreno, 80, of Lowell, passed away unexpectedly on Sunday, September 18, 2022, at her home in the South Common Village in Lowell.

A daughter of the late Jose Rivera and the late Mercedes Moreno, she was born on June 18, 1942 in Toa Baja, Puerto Rico. She resided in Puerto Rico until the late 1960’s/early 1970’s when she immigrated to the mainland United States, settling in Lowell.

While in Lowell, she worked at boot mills shoe factory for many years before her retirement. She also finished raising her children and helped to raise her grandchildren. She loved sewing and cooking. She was well known for feeding her entire building on special occasions and holidays. She also owned a food truck in Puerto Rico, specializing in seafood.

She was also the Mother of the late Edward Bracetty and the late Jose Antonio Montanez.

Her funeral service at 10:30 a.m. at the funeral home followed by burial in Westlawn I Cemetery.