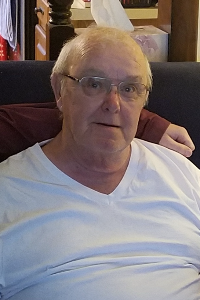 Cherry Valley – Paul Hidenfelter, 85, of Cherry Valley passed away on Tuesday, September 20, 2022 in Saint Vincent Hospital after an illness.

Paul is survived by his loving wife of 60 years, Sandra A. (Jamieson) Hidenfelter; his two daughters, Donna Barber and her husband, Todd of Spencer and Lynn Teague and her husband, Edward of Grafton; a sister, Joan Lamonthe of Charlton; three grandsons, Edward Teague Jr., Brian Barber and Alec Barber and many nephews and nieces.

Paul was born in Worcester, son of the late Russell B. and Florence H. (Boisclair) Hidenfelter and is also predeceased by a brother, Russell Hidenfelter and a sister, Gloria Binns.

Mr. Hidenfelter graduated from the former Worcester Boy’s Trade High School where he studied carpentry, a skill that he used for his entire life. Paul worked for Lusignan Brothers but spent the majority of his work career working at George Meyers Company.

Paul enjoyed to be in the outdoors either hunting or fishing but he was the happiest when he was working in his yard or sitting on his deck taking in the sights of his neighborhood.

Funeral services are being held privately and memorial contributions in memory of Mr. Hidenfelter may be made to the American Heart Association 300 5th Avenue Waltham, MA 02451.