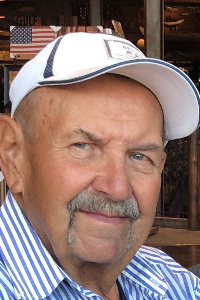 Eric J. Luoma, 79, passed away at home on Monday, September 19 after a brief illness.

Mr. Luoma was born on February 9, 1943 in Weymouth, son of Aili (Maki) and Toivo Luoma, and remained a lifelong resident of Weymouth.

A graduate of Weymouth High School and Northeastern University, where he studied accounting, Mr. Luoma owned a machinery business, Eric J. Luoma, where he greatly enjoyed being a mechanic and machinist. Previously, he worked in accounting for Kessler Group and Howard Johnson’s North Quincy location.

A loving husband and father figure, Eric was predeceased by his wife Deborah (Uhlman) Luoma, and brother Peter A. Luoma. He leaves behind three children, Suzanne (Pettinato) Keeley and husband Michael of Whitman, Jonathan Pettinato and wife Michelle of Andover, New Hampshire, and Nathan Pettinato and wife Michelle of Inverness, FL, 13 adoring grandchildren and 1 great-grandchild.

During his childhood, Mr. Luoma spent many years enjoying Sampson Pond in Carver with his family. Eric’s father built their original summer cottage, and Eric later worked with him to build two additional cottages for family members. An avid fisherman, he enjoyed fishing during his favorite season, summer, and also ice fished in the winters. He fondly recalls riding the trains in Edaville, which were then used for cranberries. Though passenger fare was only 10¢ at the time, Eric had fun seeing if he could dodge paying for his rides. He was very proud of his favorite automobiles, especially his 1946 Plymouth Business Coupe and a 1966 Corvette hatchback. When asked about highlights of his life, he included meeting wife Deborah 1998, being married in 2003, and spending summers together at their Cape house in Dennisport. A doting spouse and grandfather, he loved spending time with family, especially around the holidays.

A celebration of Eric’s life will be held at Blanchard Funeral Chapel, Plymouth Street (Rte. 58 @ the rotary) Whitman on Monday, September 26 from 5 to 7pm with a service to follow at 7pm.

In lieu of flowers, the family has made arrangements for donations in Eric’s honor to be made to the Autism Resource Center at The ARC of the South Shore, 20 Pond Park, Hingham, MA 02043.