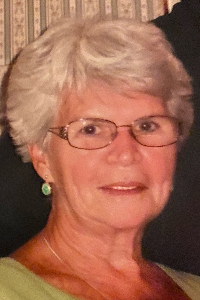 Virginia A. “Ginny” (Baker) (LaMarre) Gentili, age 80, a resident of the Village at Willow Crossings in Mansfield, passed away peacefully, with her husband by her side on Tuesday, September 20, 2022. She was the beloved wife of Ronald A. Gentili, to whom she was wed for thirty-two years.

Born in Boston, MA on October 8, 1941, she was a loving daughter of the late John and Virginia (Killion) Baker.

Ginny grew up in the Dorchester neighborhood of Boston and was a graduate of Saint Gregory’s School in Dorchester. She had made her home in Mansfield for many years and had also resided in Attleboro.

Prior to retiring, Ginny had worked as a Records Administrator at the law firm of Cornell & Gollub in Boston. She was previously employed as the former manager of the former Villa Liquors in Mansfield and in the Assessor’s Office at the Mansfield Town Hall.

Ginny treasured the times and memories created in the presence of her adoring family, especially with her grandchildren. She was a communicant of Saint Mary’s Church in Mansfield and along with her husband, enjoyed vacationing in Mexico. Ginny’s other interests included crocheting and when younger was an avid and accomplished tennis player.

A service, in celebration of her life, will be held at the conclusion of visiting hours at 6:00 P.M. in the funeral home. Burial will be private.

Those attending her services are encouraged to dress in attire with the color purple, as it was always Ginny’s favorite color.

In lieu of flower’s Ginny’s family has requested that donations in her memory be made to the Mansfield Booster Club, 250 East Street, Mansfield, MA 02048.