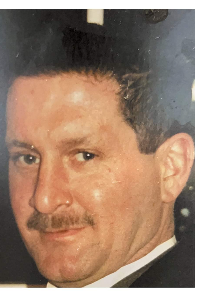 Robert "Bobby" Edward Keenan Jr., 62, of Danvers MA, died unexpectedly on Monday September 12th. He was born in Beverly, July 15 1960 to his loving parents, the late Robert E. Keenan and Christina Mary Keenan (West.) He was a lifelong resident of Danvers MA where he worked in construction for over 40 years. If you were to ask Bobby, his greatest accomplishment was in 1991 when he welcomed his greatest love, daughter Danielle into the world. There are many things Bobby will be remembered for, especially his large personality, witty sense of humor, extensive baseball card collection, but mostly as the man who would do anything in the world for you. He would never hesitate to give the shirt off of his back. Bobby is survived by daughter Danielle Keenan and her partner Mike Paraskoulakis of Hamilton MA, sister Candy Keenan Ward of Danvers MA, brother Randy Keenan and his wife Susan of Danvers, sister Cindi Mumbauer and her husband John of Danvers, along with many adored nieces, nephews and cousins. Bobby was preceded in death by his sister Crystal Keenan.

Relatives and friends are respectfully invited to attend his celebration of life at the Polish Club in Danvers MA on October 9th from 2-6pm.