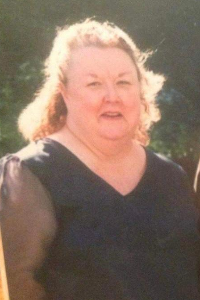 Roberta J. (Boesenberg) Shaw, 78, of Natick, died peacefully on September 17, 2022 following a brief illness.
She born on December 14, 1943 in Natick the daughter of the late Edward J. Boesenberg and Dorothy P. (Harris) Boesenberg.
Roberta was the wife of the late Edmund W. Shaw, Jr. who died on May 12, 2015. She was the devoted mother of Lisa (Shaw) Brucken and her husband Rowly of Northfield, VT and Andrea Shaw and her fiancé Heather Baker of Rutland, VT. She was the grandmother of Grae Moriath Wellington Frechette. Also survived by several nieces, Laura Hunter Brooks, Jennifer Ritz, Tori Hunter, Connie Flieger and Noel Marcoux and one nephew John Flieger. She was the sister of the late Dorothy P. (Boesenberg) Flieger, Elfreida (Boesenberg) Hunter and aunt of the late Bob Hunter.

After earning her certification from Northeastern University, Roberta became a certified radiological technician and worked at Mount Auburn Hospital until her second daughter was born. Over the years she shared her organizing and creative talents both paid and volunteer positions. Employment included clothing store Hoffman’s, real estate agent and fabric store Stretch and Sew. She and a friend operated Unique Boutique making custom handbags and totes. Other self-employment included reselling items including record albums, plus size clothing and fine dishware. She was a regular volunteer at St. Vincent’s Thrift store.

Numerous family and friends were the benefits of her creativity including expert sewing talent. From quilts to clothes to turning ties into vests to Barbie clothes, few projects intimidated her. She was a skilled organizer involved with her daughters’ Rainbow Girl activities, re-organizing systems in a thrift store, and family events.

In her family, Roberta as an infamous storyteller with a quick wit who could talk to anyone. Known as “Bird” to her nieces and nephews, extended family gatherings were important to her.

Her greatest love was her husband, Ted. They were married nearly 50 years before he passed in 2015. She was happiest in his company. Over the years they enjoyed camping in NH with friends, exploring Florida as tourists and 8 years as residents in the 1990s as well as Newport RI vacations through a timeshare.