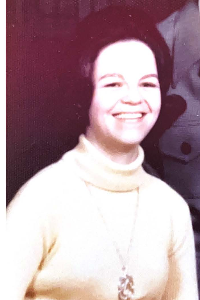 A longtime resident of Malden, Margaret was a United States Air Force veteran. She had been employed locally at FedEx for many years.

Margaret was predeceased by her husband of 46 years, Angelo “Rusty” Radosta in 2021. She was the supportive step-mother of the late Gary Radosta and Amber (Radosta) Callery, and cherished Mimi of Gina (Phaneuf) Hubsch, Angela Phaneuf, and the late Jeffrey Phaneuf. She also leaves behind four great-grandchildren - Grace, Juliette, Scarlett, and Cody - all of whom she loved dearly.

Margaret is survived by her sister, Nancy (Wilburn) Winebrenner of Maryland, nieces Tina, Crystal, Gail, and Nicole, and nephew Brett, in addition to great nieces and nephews. She is predeceased by her brother Mark Wilburn. She had been the best friend of Carol Derosier since grade school.

A “graveside respects” service was held on Saturday, September 10th at 11am. In lieu of flowers, anyone wishing to make a donation in Margaret’s name is invited to do so in honor of her great-granddaughter to: BDSRA Foundation, 2780 Airport Road, Ste 342, Columbus, OH 43219, or www.bdsrafoundation.org.