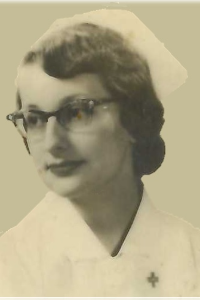 Marie C. Gibbs (Lamb) age 89, of Canton passed away September 18. Born in Winthrop, she was raised in Norwood and graduated from Norwood High School and Newton-Wellesley Hospital School of Nursing. Marie worked at the VA Hospital in Brockton prior to becoming a homemaker. and well-known local artisan. She had lived in Canton since 1955 and was an active member of the town. A member of the Canton Historical Society, where she wrote grants for the restoration of textiles. Past President and a member of the Canton Garden Club, hosting and serving on numerous Christmas and garden tours. Active with the Blue Hill Civic Assn and with The Friends of the Little Red House (Tilden House circa 1725) at Pequiteside Farm. Marie and her husband Wallace were named the Dr. Elkort Citizens of the year in 2009 by the Blue Hill Civic Assn. Marie was also a skilled pianist and played the organ at St. James Parish, starting when the parish was just a chapel/stable site.

Beloved wife of Wallace F. Jr. Mother of Susan Rice and her husband Paul of Vermont, Christopher Gibbs and his wife Laura of Canton, Amy Boretti of FL. She was predeceased by her beloved eldest son, Joseph Mark Gibbs and his wife Susan Pineo Gibbs, both of Canton. She was also predeceased by her siblings, Joseph M. Lamb Jr. and Patricia Breton. Marie is survived by 10 grandchildren and numerous great grandchildren, as well as beloved nieces and nephews.
Funeral Mass at St. James Church, Stoughton Thursday, September 29th 10:30 am. Visiting hour at the Dockray & Thomas Funeral Home 455 Washington St. Canton Thursday, September 29th prior to the Mass from 8:45 – 9:45 am. Burial private.