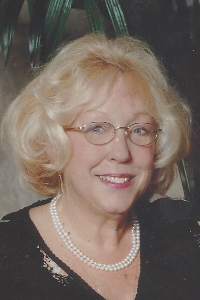 Deborah A. (Wills) Burgess, age 80, of the Chartley section of Norton, passed away in the comfort of her home, surrounded by her loving family on Monday, September 19, 2022. She was the beloved wife of Retired Norton Fire Chief George F. Burgess, to whom she was wed for fifty-nine years.

Born in Attleboro, MA on July 10, 1942, she was a loving daughter of the late William and Celia (VanHoesen) Wills.

A fifty-nine-year resident of Norton, Mrs. Burgess first taught in the Norton Public School System and was later employed helping others as a registered nurse, a job she truly loved. She was an active member of the Chartley United Methodist Church, where she served as a Den Mother for Cub Scout Pack 27 and was also a former member of the Board of Directors at the Daggett-Crandall-Newcomb Home in Norton.

Debbie’s family always came first, and she was ever-so-proud of their many accomplishments. Her hobbies included traveling and camping, especially at Dolly Copp Campground in the beautiful White Mountains of New Hampshire. Her legacy will live on forever in the hearts of all who knew and loved her.

A service in celebration of her life will be held at the conclusion of services on Monday at 5:00 P.M. in the funeral home. Burial will be private.

In lieu of flowers, Debbie’s family has requested that donations in her memory be made to the Chartley United Methodist Church, 78 South Worcester Street, Norton, MA 02766.