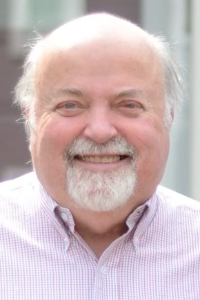 Thomas R. Price, 77, of Medway, passed away peacefully after a long illness on Monday, September 19, 2022 surrounded by his children. He was the beloved husband of Mary Judith (Lavelle) Price who died in 2015.

Born in Rahway, New Jersey on September 18, 1945, Tom was the only son of the late Ross and Mary (Thomas) Price.

Tom is survived by his son Thomas R. Price, Jr. and his wife Wendy of Milford, two daughters Megan Hight and her husband Brandon of Westborough and Betsy Newman and her husband Damien of Needham and eight grandchildren, Cameron Briggs, Teagan and Carley Price, Jamie, Emily and Louis Hight, and Maura and Maeve Newman.

He was preceded in death by his brother-in-law Carl (Ki) Walsh of La Jolla, CA.

Tom grew up in Woodbridge New Jersey, graduated from Woodbridge High School and earned a bachelor’s degree in business from King’s College in Wilkes-Barre, Pennsylvania, the first in his family to do so. Tom took great pride in the history of the Price family, who arrived in Pennsylvania from Wales in the early 1700s to work as stone masons. Tom’s father Ross was second eldest of nine children who served in World War I, supported his family through the Great Depression, and built a career as a self-taught mechanic. His mother Mary was the oldest of four daughters, worked at the family’s telephone exchange business and later as a secretary. Tom lost both parents in his early twenties, an experience that shaped his strong desire to have his own family and to be present with them as long as possible. He shared often how his parents raised him to believe that anything is possible as long as you work hard and never give up, a mindset that he passed on to his children and grandchildren.

Tom resided in Medway for forty three years with his wife Jude at their home on Fisher Street where they raised their children, welcomed many grandchildren, made life-long friends, and celebrated life’s most important milestones. Tom met Jude, a nurse, while she cared for his mother Mary who was battling kidney disease. They soon married on November 21, 1971 in Scranton, Pennsylvania at Saint Clare’s Church and moved to Medway to raise their family after living first in New Jersey. Tom worked in accounting and sales during his early career in business while Jude worked as a nurse. Tom then landed his dream job in his late thirties as Vice President of Manufacturing at Wilton Company, an experience that gave him the courage to launch his own die casting company T.R. Price, Inc. that later became BMT Machine based in Worcester. Tom was a proud entrepreneur for many years, which required him to put in a lot of very hard work to manage all the risks, rewards, challenges, and opportunities that came along with it while providing for his family.

Throughout the years, Tom loved spending time with his family and closest friends. He was the consummate storyteller who never told the same story the same way twice. He also made sure you knew exactly what he thought and where he stood, for better or worse. For decades, he participated in all his kids’ and grandkids’ parties, sporting events, and activities. There was no game far enough that he wouldn’t drive to, including to Ohio, and no referee that wouldn’t hear his opinion. There was nothing like waking up to the smell of him cooking breakfast, a tradition that spanned so many wonderful years. He slept with one eye open, so few could get anything past him literally or figuratively. There was little he cherished more than family road trips and vacations. As a lover of music and Motown, he taught us all to dance. Some better than others. His love of dance continued later in life with his friends in South Carolina where he would attend Shag dance events and competitions until his health declined. Tom also loved to travel, and had deep fondness for spending time in Wells, Maine.

Tom became a resident of Needham for the past eight years living with daughter Betsy, son-in-law Damien, and grandchildren Maura and Maeve. He loved having his family so close and enjoyed being part of all the comings and goings and day-to-day activities.

Tom was eternally grateful for the care he received, especially from his Beth Israel medical team, the Mary Ann Morse Health Care Center, and the American Renal Associates Wellesley Dialysis Center. If not for them, he would not have had the additional time with his family and friends these last two years.

Graveside services will take place privately at Evergreen Cemetery in Medway. A celebration of life will be held for Tom at a later date.

In lieu of flowers, expressions of sympathy may be made in Tom’s memory to the National Kidney Foundation.