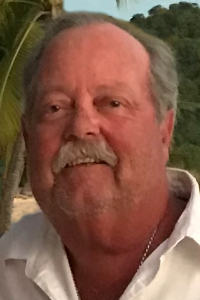 Brian R. Swire, 70, of Fairhaven passed away peacefully at St. Luke's Hospital on September 18, 2022 with his loving wife and daughter by his side.

Brian was born in Fairhaven, son of the late Alvin and Alice Swire, and had lived in New Bedford and Fairhaven all of his life.

He was formerly employed by Tichon Seafood until he became a Firefighter for the City of New Bedford, where he served for 15 years. While on the Fire Department, Brian also managed Marshall's Pub and in his later years worked for Hawthorn Medical until his retirement in 2017.

Brian honorably served in the United States Army from 1970-1972.

He enjoyed vacationing in Jost Van Dyke, British Virgin Islands for many years and thought of all the people on the Island like family. Later, Brian and Meg enjoyed traveling to many countries in Europe and were able to see 40 of the 50 United States of America. He was a huge fan of the Boston Bruins and he adored the family pet, Reilly.

He is survived by his beloved spouse and loving wife of 46 years, Mary E. "Meg" Swire; his beloved daughter, Jillian Lila DePaola of Berkley; his son-in-law Stephen T. DePaola; his grandchildren, Ava R. DePaola and Thomas S. DePaola, whom he loved and cherished with all his heart; his brother, Russell Swire and his spouse Annette of New Bedford; his brother-in-law, William E. Gorczyca of Plymouth, MA; his sisters-in-law, Barbara Swire and Maria Swire, both of New Bedford, and Elaine Swire of Falmouth; and several nieces and nephews.

He was predeceased by his sister, Isabel Rawcliff, and his brothers, Roger Swire, Don Swire, Thomas Swire, Bruce Swire, and Wayne Swire.

Brian's family would like to give special thanks to the nurses on the 5th floor Knowles Unit at St. Luke's Hospital for their excellent care.

His funeral will be held Monday, September 26, 2022 at 8 AM from the Saunders-Dwyer Home for Funerals, 495 Park St., New Bedford followed by his Funeral Mass at 9 AM at Holy Name of the Sacred Heart of Jesus Church. Burial with Military Honors will follow in Naskatucket Cemetery, Fairhaven. Visiting hours will be Sunday, September 25, 2022 from 3-7 PM. Flowers are accepted or donations in Brian's memory may be made to S.C.O.T. Prosthetics, 535 Faunce Corner Rd., Dartmouth, MA 02747. For directions and guestbook, visit www.saundersdwyer.com.