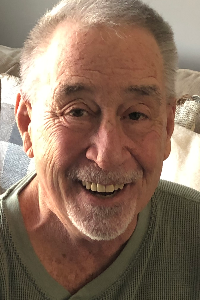 Michael P. Glennon, of Rehoboth, formerly of Sharon, passed away unexpectedly on September 17th. Beloved husband, father, grandpa and friend, Mike passed peacefully while doing one of his favorite things — spending time at his cherished campground down the Cape. He was 66 years old.

He is survived by his wife of 37 years, Eileen Glennon of Rehoboth, his children Timothy Glennon (and wife, Caitlin) of Huntington, NY, Matthew Glennon (and wife, Susan) of Norwood, and Allison Glennon of Montrose, PA, as well as his beloved grandsons, Liam and Charles. He leaves behind his sister Lorraine (Glennon) Stern (and husband, Peter) of Brookline, as well as his nieces, nephews, and lifelong childhood friends.

Mike was best known for his humor that filled the room, competitive nature on the golf course, and skills on the grill. He was happiest spending time with his family, including his German Shepherd, Jake, hitting golf balls, or tinkering in his workshop. He was a dedicated employee of the Boston Department of Public Works for 40 years and spent his downtime coaching his children’s sports teams, tending to his yard, and cheering on the Bruins, Red Sox and Patriots.

Relatives and friends are respectfully invited to attend the visiting hours on Wednesday, September 21st at Dockray & Thomas Funeral Home in Canton from 4:00 to 7:00pm. A funeral service will be held on Thursday, September 22nd at 11:00am at the funeral home, with burial to follow at St. Joseph’s Cemetery in West Roxbury.