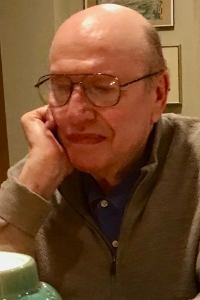 Timothy B. Daly, 84, of Miami Lakes, FL and Scituate, formerly of Wellesley and Natick, beloved husband of Gael (Sullivan) Daly, passed away peacefully in the comfort of his home, with his family by his side, on Sunday, September 18, 2022. Born and raised in Wellesley, he was a son of the late L. Sheldon and Gertrude (Foley) Daly.

Tim was a devoted alumni of Saint Sebastian’s Country Day School ‘56, Boston College ‘60 and Boston College Law School ‘64 – a proud Double Eagle! He spent his career working in the insurance industry until his retirement from Cigna in 1996.

Tim was steadfast in his Catholic faith serving as a eucharistic minister and Grand Knight of the Wellesley Knights of Columbus. He was an ardent supporter of the Right to Life movement and a committed member of Mass Citizens for Life. Tim and Gael raised their family in Natick where they lived for 35 years and served as Town Meeting members.

Tim enjoyed golf, watching BC football and was a voracious reader. He was a student of history and politics and truly enjoyed engaging in lively discussions about both. The only thing he enjoyed talking about more was his family, both past and present. He loved sharing his discoveries about his family’s history and remaining connected to his scores of cousins whom he cherished dearly. He fervently believed that he had the best parents in the world and strove to live up to their loving example of generosity, integrity, humility and faithfulness.

Tim loved classical and chorale music and was on the board of the Salisbury Singers of Worcester. He spent much of his retirement working tirelessly to bring the beautiful music of the Russian Choir Sophia and the Assumption College Chorale to audiences at home and abroad.

Tim and Gael spent their summers in Scituate where their lifelong love began as teenagers.Tim said it best himself when he wrote at the time of his 50 year BC reunion that “My bio would be woefully lacking if it did not emphasize the joy I received from my wonderful wife Gael, my eight children and (now 25) grandchildren. They are a continued source of wonder and laughter that fill our homes in Miami Lakes, FL and Scituate, MA in a way that makes my life complete.”

Relatives and friends are kindly invited to visit with the Daly family on Friday September 23rd between the hours of 3:00-7:00pm at the George F. Doherty & Sons Funeral Home, 477 Washington St., (Rt 16) Wellesley. His Funeral Mass will be celebrated at 11:00am on Saturday September 24th at St. Patrick’s Catholic Church, 44 East Central Street, Natick followed by interment at Woodlawn Cemetery, Wellesley.

In lieu of flowers, memorial donations may be made to the Mass Citizens for Life masscitizensforlife.org or Old Colony Hospice oldcolonyhospice.org