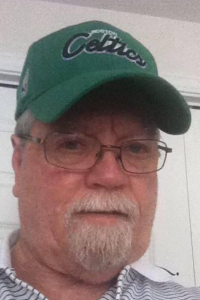 John C. Parker, age 81, of North Attleboro, formerly of Mansfield, passed away peacefully on Monday, September 19, 2022 at the Hope Health Hospice Center in Providence. He was the husband of Elizabeth C. (Zine) Parker.

John grew up in Norwood, was a 1958 graduate of Norwood High School and attended Northeastern University. During the time of the Vietnam War, he proudly served his country as a member of the Army National Guard.

John was a retired Drafting Supervisor, having worked at Dresser Industries in Norwood. Following retirement, he was a familiar face working parttime at Stop & Shop in Mansfield.

A resident of North Attleboro for the past seven years, John was a former resident of Mansfield and attended Saint Mary’s Church in Mansfield. He had a lifelong passion for sports and was an ardent New England sports fan. He enjoyed playing softball, basketball and football. He loved spending time with his family, listening to music and trips to Cape Cod Beaches.

In addition to his wife, he is survived by his devoted children: Curtis J. Parker and his wife Theresa of Brockton, Gregory J. Parker of Milford and the late Jonathan P. Parker. He was the adoring grandfather of Sebastian, Linnea and Isabella. He was dear brother of Robert Parker of Florida and the late Jeanie Smith. He is also survived by his loving nieces and nephews including Missie (Smith) Brown, Andrea Smith and Ricky Smith.

Relatives and friends are cordially invited to attend visiting hours on Friday, September 23rd from 5:00-8:00 P.M. at the Sherman & Jackson Funeral Home, 55 North Main Street, Mansfield. Burial will be private.

In lieu of flowers, John’s family has requested that donations in his memory be made to the New England Center and Home for Veterans, 17 Court Street, Boston, MA 02108.