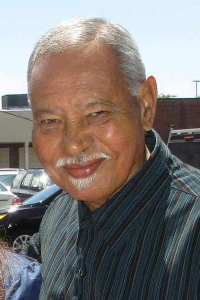 Carlos Maldonado, 76, of Lowell, passed away after a period of declining health on Friday, September 16, 2022 at the Lahey Clinic Medical Center. He was the husband of Olivia (Baez) Maldonado, with whom he celebrated his 52nd wedding anniversary in March.

He was born on April 2, 1946 in Comerio, Puerto Rico, he was a son of the late Candido Maldonado and the late Tomasa Concepción de Maldonado. He grew up and was educated in Puerto Rico. He relocated to Lowell in the late 60's, where he met and married his wife Olivia in 1970, and they started their family.

One of his first jobs in Massachusetts, and something he enjoyed doing was working for a butcher as a meat cutter in Boston. Later he worked in various manufacturing facilities, most recently for Vicor, where he retired in 2002. He had a true passion for softball, he played on several teams in the Lowell area, mostly at Roberto Clemente Park. He played the position of Pitcher, and was affectionately known as "Rompe Tobillo". He loved playing pool with family and friends and was an avid fan of the Boston Red Sox. He was always keeping an eye on the Puerto Rican news and weather, as it was his way of feeling closer to his family back home. Family was very important to him, above all spending time with his wife, children, and grandchildren is what he cherished the most.

Procession to the Immaculate Conception Church for his funeral mass at 12:30 p.m. will follow his calling hours. Burial in the Lowell Cemetery.