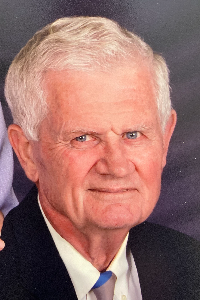 Born September 8, 1934, in Omega, Mr. Hornbuckle was the son of the late Thomas Morgan Hornbuckle and Fay Patrick Hornbuckle. He was a member of the original South Georgia Banking Company board of directors and served on the board for 50 years until the time of his death. He was the owner of Hornbuckle Wholesale Florist of Omega, Macon and Lyons. He worked tirelessly, alongside his wife, to support the floral industry and expand the family business his parents began. He was a charter member of the Georgia Commercial Flower Growers Association and served several terms as President of that organization. He also served as director of the Georgia Wholesale Florists’ Association and was elected Wholesaler of the Year for several years. He was an innovator, holding patents on several products. He was a worker until very nearly the end of his life.

His most meaningful work was his service to the Lord through Omega Baptist Church, where for years he taught Sunday School, volunteered at VBS, and sang in the choir every Sunday. He was honored as Deacon Emeritus after more than 52 years of dedicated service to the church. He was a man of faith who had a heart for the lost. He was dependable and benevolent and diligent in his work, a good and faithful servant.

Special thanks to Traditions Hospice of Tifton for the care they provided in his final days.