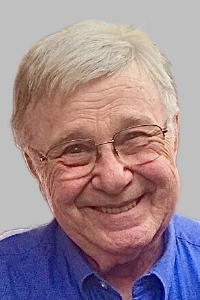 He was the beloved husband of Holly J. Hardt, with whom he shared 24 years of marriage.

Born in Chelsea on March 12, 1937, he was the son of the late Augustus Corsetti and the late Marie (Altavesta) Corsetti.

Robert was raised in Woburn and graduated from Woburn High School in 1954.

Served in the National Guard, also on the Woburn Police Dept.

Prior to his retirement, he was employed as the National Sales Manager for Federal Ammunitions Company, where he worked for 35 years.

During his retirement, he founded Peerless Reel Company of Nashua, which specializes in high quality fishing equipment designed for fly-fishing enthusiasts. He also founded Rods and Reels, which specialized in the acquisition, appraisal and sale of antique fishing tackle.

Bob was an avid outdoorsman. He enjoyed taking numerous hunting and fishing trips to several states and countries including Montana, Maine, Texas and Canada.

In addition, he enjoyed Photography, Hi Fi audio equipment, vinyl record collecting and contributing articles for Audio Magazine. He owned and enjoyed riding and customizing motorcycle's most of his life.

He was a member of the Nashua Fish & Game Club as well as the Gun Owners Action League of New Hampshire.

In addition to his wife Holly, he survived by his children, of Robert J. Corsetti and his wife Julie, Suzanne M. Knowles and her husband Lawrence, and Laura J. Morelli: his stepchildren, Jamie and Tyler Hardt: his grandchildren, Alexander Corsetti, Jamieson Dettmer, Steven and Matthew Knowles, and Sadie Kraft.