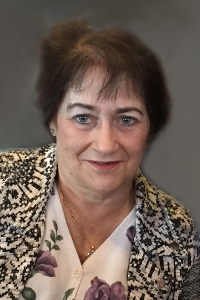 Marcia A. (Bourgeois) Butler, age 75, of South Easton, formerly of Brockton, died Wednesday, September 14, 2022 at Good Samaritan Medical Center surrounded by her loving family. Marcia was born and raised in Newton, daughter of the late William and Mary J. (York) Bourgeois. Following her graduation from Newton North High School in 1964, Marcia married her late husband Ernest J. “Skip” Butler. They were married for 51 years at the time of his passing in 2016.

Marcia worked various jobs, but her real focus was on raising her four sons. She was outgoing and enjoyed joking and spending time with others. She also enjoyed gardening, planting, singing and sightseeing.

Marcia is survived by her four sons: Michael, Brian and his wife Lisa, Robert and his wife Kerri and David and his wife Yvonne; nine grandchildren; Ashley, Andrea, Alexandrea, Amanda, Sarah, Brianna, Bobby, Kailey and Cameron. She is also survived by several great grandchildren, her brother Gary Bourgeois and his wife Sheilah Wallin and her sister in law Linda Bourgeois, the wife of her late brother William Bourgeois.

Visiting Hours will be held on Tuesday, September 20 in the Conley Funeral Home, 138 Belmont Street (Rte 123) Brockton, from 4-7pm. A funeral service will be held Wednesday at 11am in the funeral home followed by burial in Pine Hill Cemetery, West Bridgewater.