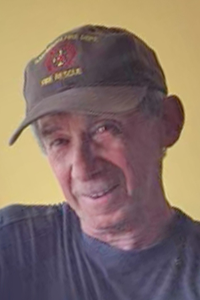 Robert Zina, 86, of North Dartmouth died peacefully September 10, 2022 at Sippican Health Care Center, surrounded by his family.
He was the husband of Elaine (Cheetham) Zina, with whom he shared over 60 years of marriage.
Born in New Bedford, son of the late Sepriano and Mary C.M. (Tavares) Zina, he lived most of his life in Dartmouth.
He dedicated 57 years to the Dartmouth Fire Department, 39 years as a firefighter, and 18 years on the Prudential Committee. He also provided janitorial service at headquarters for many years.
He was employed for over 30 years at Teledyne Rodney Metals as a Metal Treatment Specialist, until his retirement. He worked evenings for several years as a custodian at the Dartmouth Middle School. He also spent many years creating Scrimshaw Jewelry.
He was an avid bowler, bowling in several leagues and competing in several tournaments. He also enjoyed Martial Arts, riding his motorcycle, and was a member of the New Bedford Rod & Gun Club.
Survivors include his wife; a son Steven Zina and his companion Meredith Friedman of Pawtucket, RI; a daughter Barbara Cabral and her husband Matthew Cabral of Dartmouth, his late son’s partner Lori Palumbo; 11 grandchildren, Christine Tuato’o and her husband Fritz, Nicole Zina, Wayne Zina, Joshua Zina and his wife Crystal, Jarod Zina, Abigail Cabral, Sarah Cabral, Nicholas Cabral, Kevin Zina Jr., Tyler Zina, and Jason Zina; 5 great grandchildren, Castiel Fetu, MacKenzie Elba, Harper Rose, Carson Michael, and Julian Antonino; a nephew Robert and a niece Barbara.
He was the father of the late Kevin Zina, grandfather of the late Jessica Ann, and great grandfather of the late Cadence Alofa and Jason Robert.
His visiting hours will be held Monday, September 19th from 10-11am at the Saunders-Dwyer Home for Funerals, 495 Park St., New Bedford, followed by his Funeral Service at 11am in the funeral home. Burial with be in South Dartmouth Cemetery.