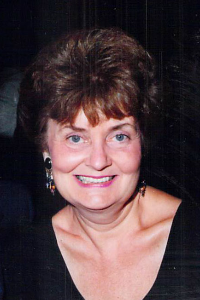 Margaret "Peggy" A. Hebert, 83, of Williams Road, Smithfield, passed away Saturday, September 10th, 2022 at her home with loving family by her side. She was the beloved wife of Henry R. Hebert. They had been married for 56 years. Born in Providence, she was the daughter of the late John A. and Margaret McGowan and had lived in Rumford before moving to Smithfield 40 years ago. Peggy had worked for the State of Rhode Island as an Administrative Assistant for the Department of Transportation for 18 years before retiring in 2008.
In addition to her husband, she leaves two children, Todd Hebert and his wife Kristene of Smithfield and Amy Poisson of Hancock, NH, and four grandchildren, Alexandria and Jared Hebert and Drew and Benjamin Poisson. Peggy was preceded in death by two grandchildren, Angelica and Jon Hebert. She was the sister of late John McGowan of Palm Bay, Florida.
A Mass of Christian Burial was held on Wednesday at St. Philip Church, 622 Putnam Avenue, Greenville. Visitation and burial were private. In lieu of flowers, the family requests that donations be made in Peggy’s honor to HopeHealth and Palliative Care or the ASPCA.