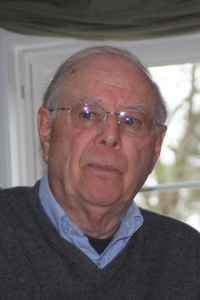 New Bedford – John G. Carreiro, age 92, of Dartmouth, passed away on Sunday, September 11, 2022, at St. Luke’s Hospital with his family by his side. He was the beloved husband of Margaret M. (Protami) Carreiro.

John was born in New Bedford, MA and was the beloved son of the late Joseph Carreiro and Mary (Cordeiro) Carreiro. He had served in the United States Army National Guard. He was the owner of National Business Supplies & Equipment Co. for many years.

He had a love for electronics and his first job was at C.E. Beckman’s in the radio department, often taking new equipment home to learn everything he could about it to help his customers make good choices. This habit of studying all of the new equipment led to him having one of the first television sets in the early 1950’s. Later in the 1950’s, he was hired to be an IBM Customer Engineer, repairing the first really big commercial main frames, like the IBM 360. He also taught at Diman Regional Vocational Technical High School, in the Post Grad Data Processing program in the early 1970s. Before retiring in his early 50’s he started his own business, National Business Supplies & Equipment, supplying many of his former IBM customers with their data processing needs.

John had a talent and love for photography and developed his own pictures. He was a HAM radio operator, fascinated at speaking to people all over the world from his shack for over 70 years. His call sign was W1ZYV. He played the clarinet, flute, and piccolo and was a member of the Dartmouth Community Band, playing in outdoor concerts throughout the summer under the direction of attorney Alan Novick. He also joined the band on a trip to play with the locals in the Azores during festival time in the summer.

He loved to travel and visited many of his favorite places more than once; California, Florida, the Grand Canyon, Tennessee to name a few. Cruising became a favorite and traveling to cruise destinations he’d take the entire family, all expenses paid.

His favorite times were always spent at home and with his family. He especially enjoyed sharing time with his 5 grandchildren, taking them on hikes, on picnic lunches to the beach, and even fishing.

John is survived by his wife, Margaret Carreiro; two children, Linda J. Enos and her husband Michael and Peter J. Carreiro and his wife Patricia; his grandchildren, Bradford L. Carreiro, Jennifer M. Perrotti and her husband Rob, Adeline Medeiros and her husband Vlad Lackovic, Andrew J. Medeiros, and Angela R. Carreiro; great-grandchildren, Kate Taylor, John Taylor and Jack Perrotti; as well as his sister, Irene Macedo, and many loving nephews and nieces from all over the country who he kept in touch with.

He always gave his time and assets very generously to his family and others. His favorite charity was St. Jude’s Children’s Hospital.